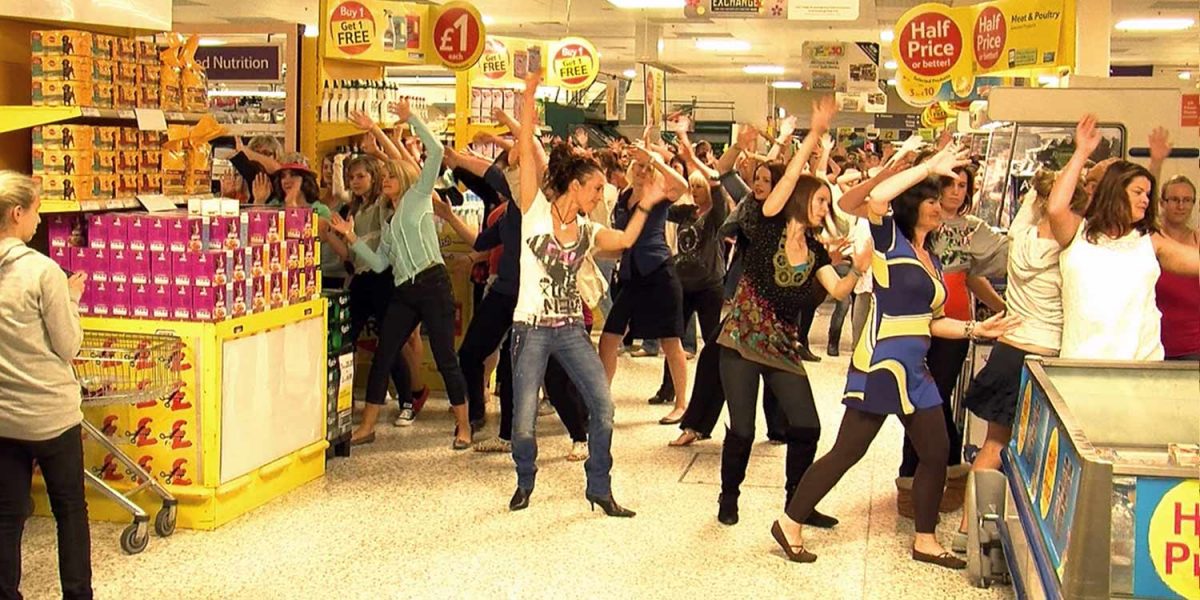 Dance fitness group Zumba Lou Lou contacted Digital Video PR to create a viral flashmob film entry for a competition with just over 10 days left to run, with the leading video already having received over 900 votes, it created an interesting proposition.

Permission had been granted to film on location in Tesco Supermarket, Thetford, Norfolk, over 60 people turned out for the four hour filming shoot, where the Zumba crowd danced to the song “Pause” by artist “Pitbull”.

The storyboard for the film had been created by Digital Video PR, the storyline involving security guards not being able to capture the flashmob crowd as they dance through the store, with a view to being both comical and offering something completely different from the other competition entries.

Louise Freezer from Zumba Lou Lou said “the support from Digital Video PR has been phenomenal, from generating top quality ideas and filming plans through to the actual filming and editing, the agency staff have been amazing to work with”.

As well as being the winning entry in the competition, the film has given the Zumba Lou Lou class numbers a boost, Louise continues “the buzz about the Tesco Zumba Flashmob film has led to lots of new people joining the fun in our classes, we’ve had a great many people say that they had seen the film and wanted to join our classes because of it”. Speak to us today to see how a film from Digital Video PR can promote your business.