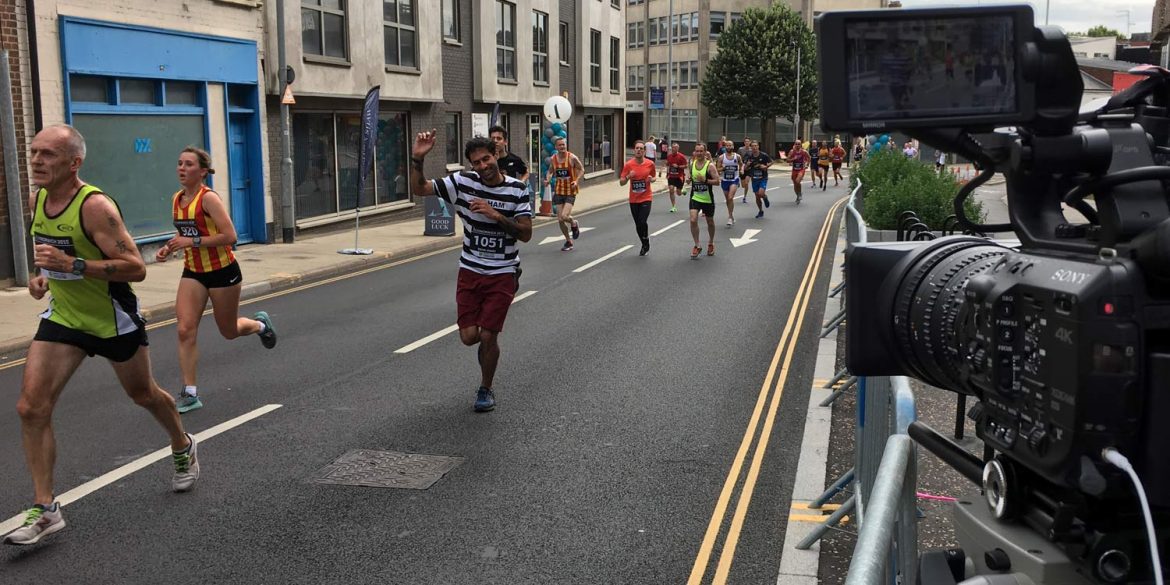 DVPR filmed all the action from Run Norwich 2019 for Aston Shaw from their cheer station outside the Union Building on Rose Lane.

Watch the thousands of runners that took part in the event in the film below.

DVPR filmed the event in 4K, however, presenting a full HD file for delivery allowed us to create edits within the sequence to show more detail to viewers.

Aston Shaw use the film to highlight their sponsorship of the event raising brand awareness. Also, the video encourages viewers to look for themselves and their friends, amplifying the time spent on the film helps to feed it into more feeds through YouTube’s suggested video algorithm.

The sporting event which featured over 6,000 runners, took place on Sunday 21st July.

Are you looking to live stream a sporting event, or to film a promotional film of your sport? Speak to DVPR today about our sports video production services.