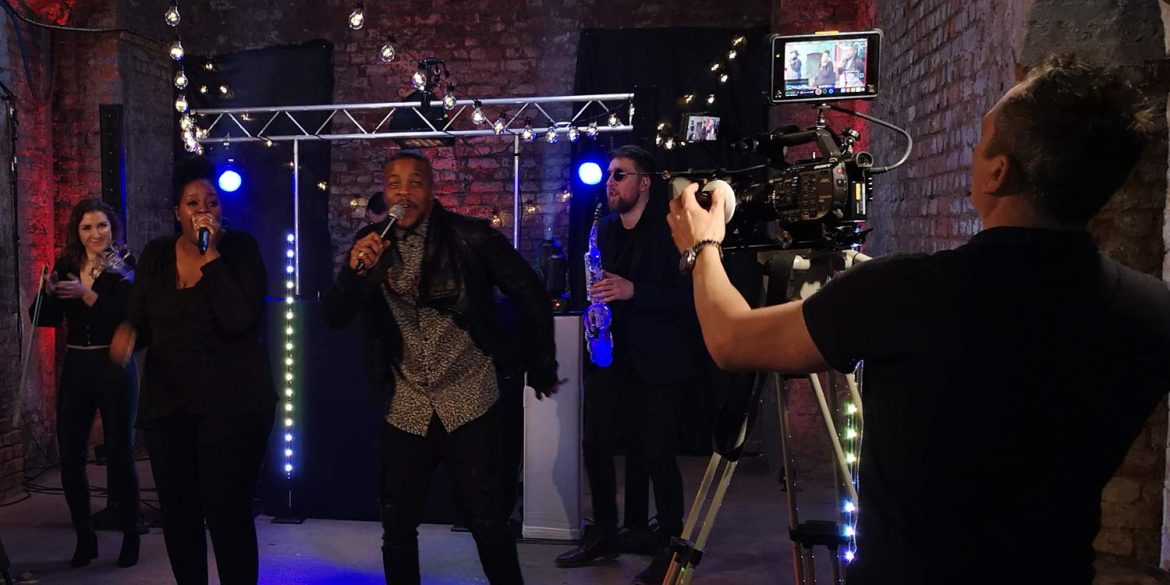 The films are to launch a new wedding and function band product which features live music being coordinated by a DJ. Speak to DVPR today about our music video production services.

The band, ranging in numbers from two to six strong, were given blocking points on stage for each of the tracks. Each track involved the group playing off a timecode locked backing track to ensure consistency between takes.

For the final takes, a crowd were brought into the filming venue underneath Barton Arcade in Manchester, for the wide shots and crowd interaction.

Footage from the shoot was the edited in Adobe Premiere Pro into six separate medley tracks, and then further down into two short films for social media.

The edits were then imported into DaVinci Resolve for colour grading and finishing, before being output for the client as 4K master files.

Why not speak to DVPR today about filming your next music video.